May be a sign of a more serious medical condition. 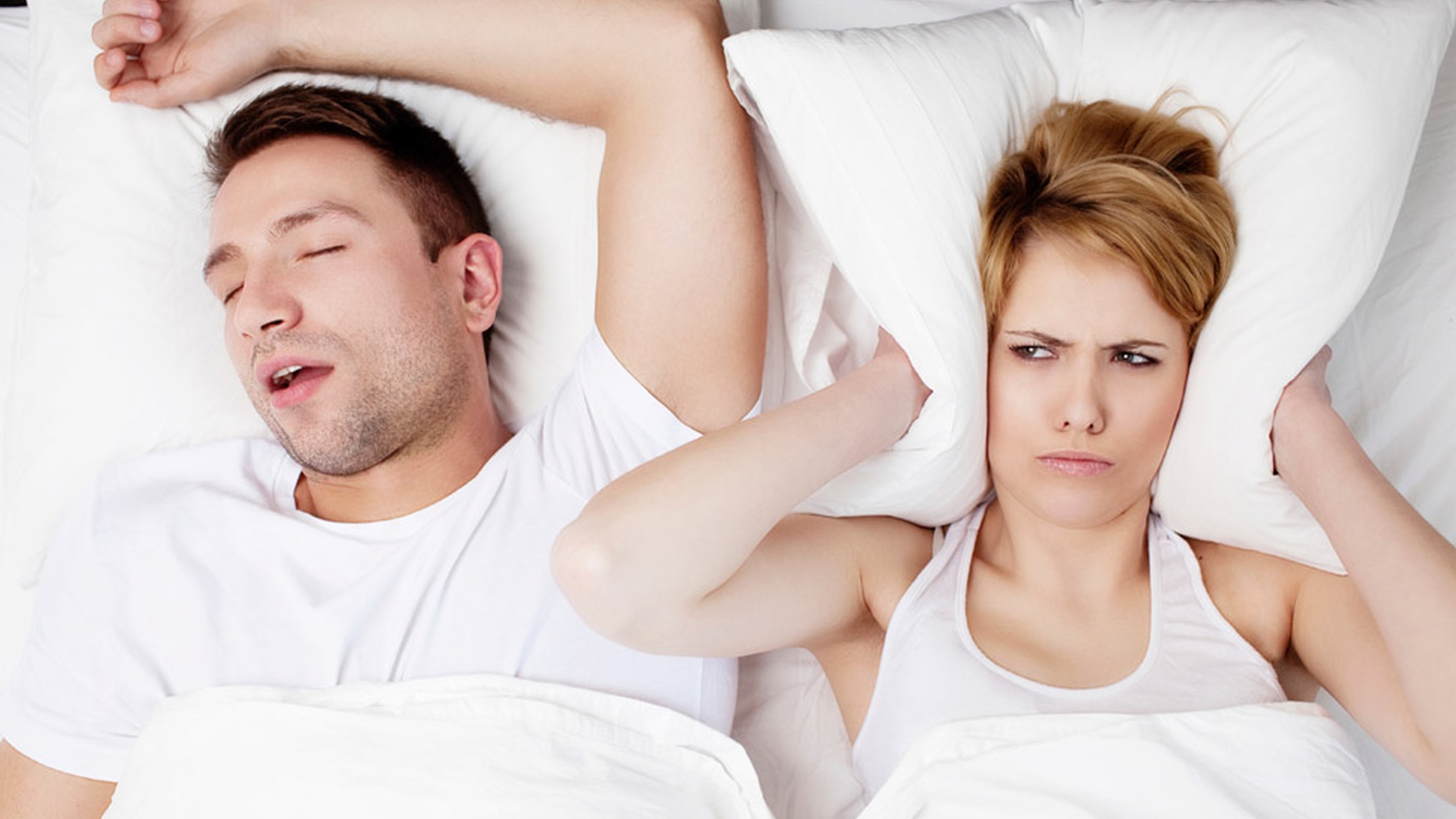 While snoring itself may be harmless, it can also develop into, or be a symptom of, a more serious medical condition known as obstructive sleep apnea (OSA).

Regular snorers have a 33% increased risk of cardiovascular disease.

Patients with OSA are four times more likely to have a heart attack.

Snoring is caused by a narrow airway. That's because air travels faster through a slender tube than through a broad one. This rapidly moving air causes the soft tissues of the throat (the tonsils, soft palate, and uvula) to vibrate. It is this vibration which is the sound of snoring. It's like putting a flag in front of a fan: the faster the fan, the greater the flutter. Why is the airway narrow in snorers? Many things can take up space in the airway reducing its diameter. These can include large tonsils, a long soft palate or uvula, and, in people who are overweight, excessively flabby tissue. The most common cause of a narrowed airway is a tongue that relaxes too much during sleep and gets sucked back into the airway with each breath taken.

What is Obstructive Sleep Apnea?

When the tongue is sucked completely against the back of the throat, the airway is blocked and breathing stops. Once that happens, the harder the sleeper tries to breathe, the tighter the airway seal becomes. It's like trying to drink through a straw that's stuck in a lump of ice cream. The harder you suck, the flatter the straw becomes. The airway obstruction won't clear until the brain's oxygen level falls low enough to partially awaken the sleeper. The tongue then returns to a more normal position, and the airway seal is broken—usually with a loud gasp.

OSA is a serious medical condition that can have a significant impact on quality of life, placing unnecessary strain on relationships between bed partners, family and the work place. If you have been heard to gasp for breath at night, are excessively sleepy during the day, or display symptoms of OSA you should consult your general practitioner, sleep specialist or ENT surgeon. Some of these symptoms are:

Mild or occasional snoring and symptoms of OSA may be alleviated by lifestyle changes:

When symptoms are more severe, and these measures don't resolve the problem, other treatment options may include: